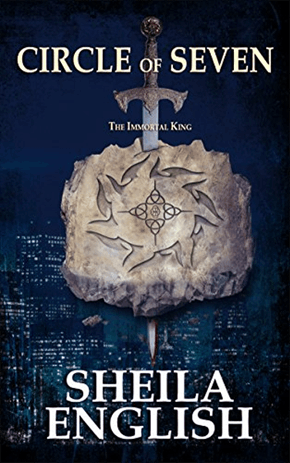 The book is out! It’s been nearly 20 years since I wrote this book. Originally it was just called Circle of Seven and was the first in a series. But, I dragged my feet and someone else came up with that title and is calling her series by that name.

Next is The Gemini Keys. It doesn’t need as much work as Circle of Seven did. But, I do have to change the last 3-4 chapters. I had resolved the issue of who Tory/Jade would choose when the keys were found and I realized later on that I shouldn’t have given that away until the very end. So…re-write time.

It does feel good to have this book out. Finally. And it opens the door for The Gemini Keys and The Vampire King!

The Faith Healer’s Daughters – What Age is this YA for?

The Faith Healer’s Daughters is a trilogy, so there are three books.  It is considered…

Some Spoilers Ahead! Elizabeth was always going to be different.  She was dark, more mature,…

Copyright Sheila English 2020 - All Rights Reserved
Back To Top
×